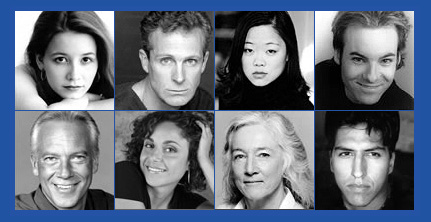 First Stage represents more than 100 talented individuals, covering a wide range of ages from teens to those in their senior years. It also has an ‘extra’ pool of some 50 people. Actors come from a variety of cultural and ethnic backgrounds.

One of First Stage’s strengths is the number of those performers it represents who are fluent in Canada’s two official languages.

First Stage Talent Agency was founded in February of 1996 by actor and drama teacher Leonie Gardner to provide independent producers and production companies with talented, experienced unionized and non-unionized narrators and actors.

In September, 2002, when Leonie moved to western Canada, First Stage was acquired by Dominique Soutif.

Some Of Our Clients

Need Some of our services?

Or have any other questions about our services, or just want to say hello. Either way we are here to help.

Contact First Stage in Ottawa to help you with all your voice over and acting needs today.